Home / The Dyer Who Launched A Thousand Tits
Previous  / Next

So I promised that in 2014 that I would do things a little differently at Countess Ablaze. The first thing is moving across to a new shop platform that can handle the high traffic and sales to limit the instances of overselling (and a bunch of boring stuff that makes my life more efficient). That’s almost finished with the design phase and is currently being tested.

Secondly I shall be starting The Twelve Caesars Collection which will run throughout the year. As somebody who read Classics at university and has had no need to ever use it, I thought it could be fun to actually do something with it. 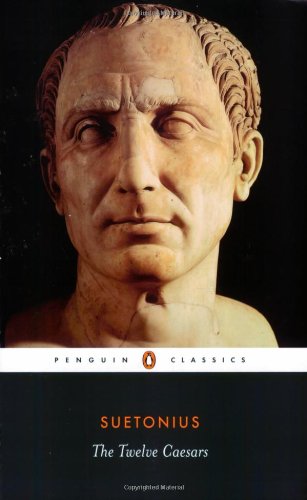 Photo of book cover via Amazon.

“The Twelve Caesars” (or De vita Caesarum in Latin – seriously, we won’t be doing this in Latin at all as the passage of time and prescription drugs has wiped ancient languages out of my brain) was written by a Roman historian called Suetonius, who was also Hadrian’s personal secretary. Now the reason why I absolutely LOVE this guy is because he was pretty much the Perez Hilton of the Roman Empire (I detest modern celebrity scandal though but this brand of ancient scandal is often juicy and accessible). He wrote twelve biographies of the first twelve emperors so each month will be one emperor:

Each month I shall dye yarn and fibre associated with characters, events and quotes from each chapter. I’m working from a translation by Robert Graves who was also the guy who wrote I, Claudius. If you loved reading/watching I, Claudius or even Rome (HBO/BBC), then Suetonius might just be right up your street. If you fancy picking up a copy of The Twelve Caesars to read along, that’d be wicked but there’s no pressure for anybody to do so, this is just a bit of fun and to give me some structured inspiration to dye to.

At the end of each month, whatever has not been sold shall be pulled from the shop ready for the next chapter and may reappear again at the end of the year for the sale or taken to a show if I do any this year. The Twelve Caesars Collection will all be OOAK batches and will not be repeatable although there will be a new repeatable custom blend fibre each month.

Regular colourways such as Nerds Prefer Their Rainbows Darker, Grey Skies in Manchester, Geeks, King Midas, etc, etc will still be dyed so do not despair if you love those ones.

Updates will continue on the last Friday of the month at 7pm (UK time) as usual so the next update will be January 31st.

Also in The Dyer Who Launched A Thousand Tits

Behind the scenes of our dye studio

Countess Ablaze
Behind the scenes of our dye studio where we dye the yarn, in Manchester.
Read More